Surb George Cathedral (1251) is one of the ancient Armenian churches of Tbilisi, located in the Old City. It is one of two functioning Armenian churches in Tbilisi and is the cathedral of the Georgian Diocese of the Armenian Apostolic Church. It was once a medieval Armenian cultural enlightenment center, and the remains of prominent Armenian poet and musician, Sayat-Nova; painter Gevorg Bashinjaghyan; famous generals Mikael Loris-Melikov, Arzas Ter-Ghukasov, Ivan (Hovhannes) Lazarev; Davidovich Lazarev and Boris Shelkovnikov, are all buried in the courtyard of the cathedral. 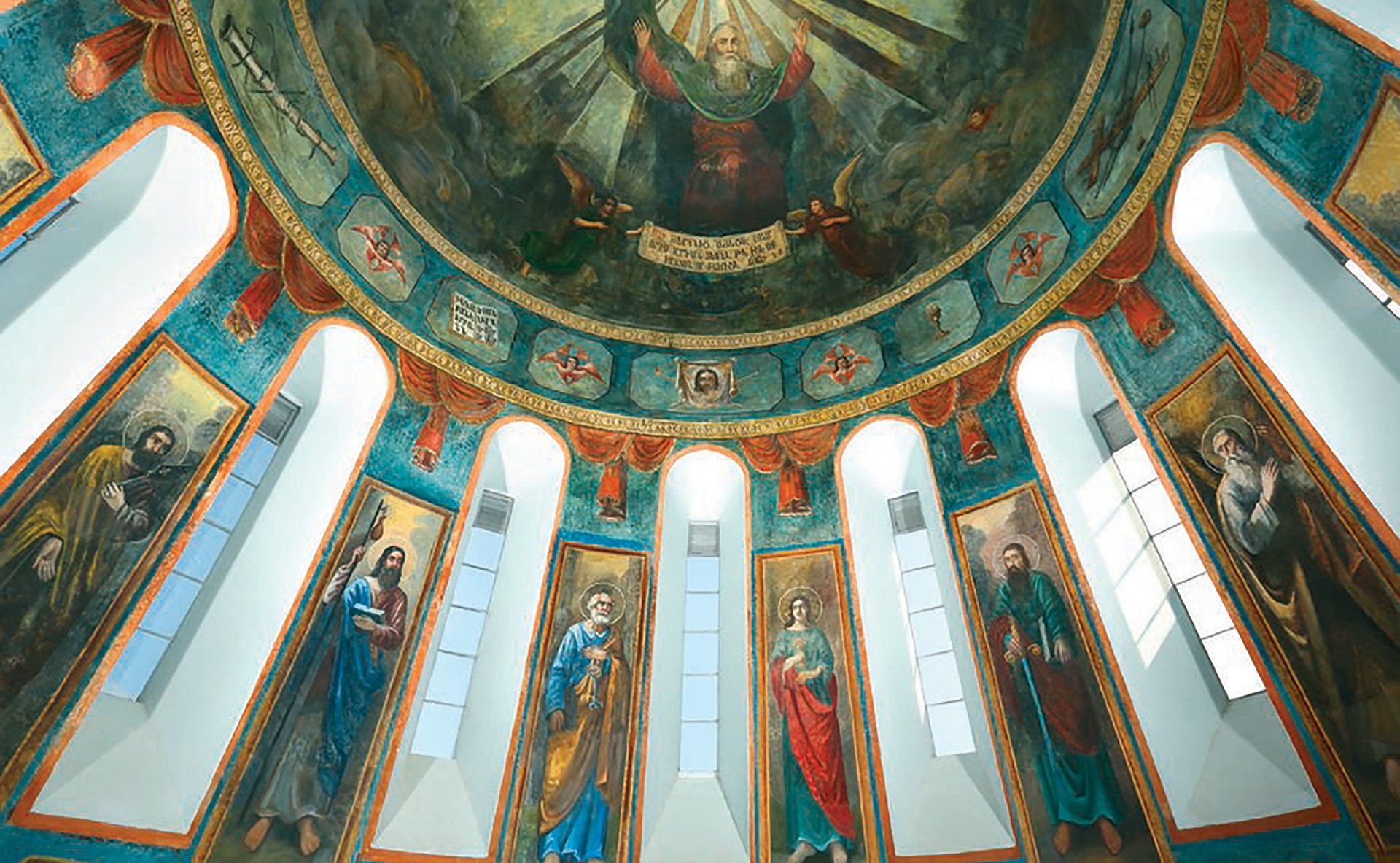 Although once magnificent, by the early 2010s, the cathedral was in a deplorable state with large cracks in the walls and foundations. A major restoration project was devised for the church, and was carried out by an international team throughout the period 2012-2015. Great attention was paid to replacing and strengthening the old foundations and parts of the church. A drainage system was built, the walls and dome were strengthened, the external plastering of the building was removed and the original brick appearance of the church was restored.

The cathedral’s murals were studied by Armenian researchers and an Italian restorer. Alongside the construction works, the comprehensive restoration of murals covering 1,090 square meters —the oldest dating back to the 14th-15th centuries —was completed. Interestingly, since the seventeenth century, these frescoes have regularly been restored and sometimes covered by new coats of plaster. A number of new layers were uncovered and the iconostasis was restored. As a result of the cleaning of the frescoes, a series of images emerged that were hitherto unknown, located in the section beneath the dome that provided a more inclusive glimpse of the inner decoration system of the church.

20 young Armenian specialists passed a two-year period of job training and practice over the course of the reconstruction, coached by a famous Italian master.

The restored church has once again united the Armenians of Tbilisi around it, and become not only a spiritual, but also a cultural centre: events are held annually in the courtyard of the temple that are important for the preservation and strengthening of the Armenian identity 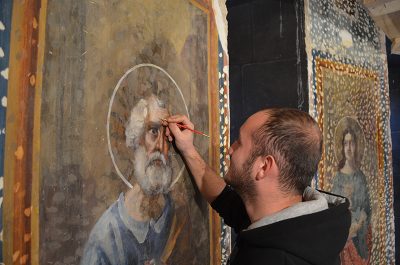 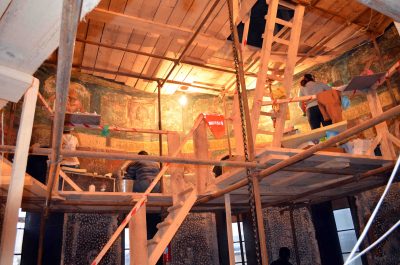 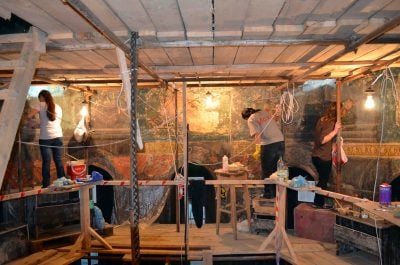 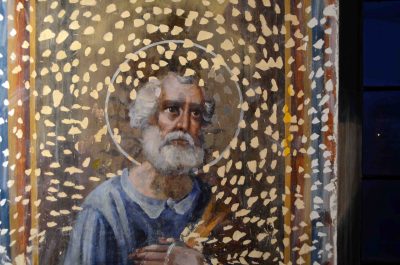 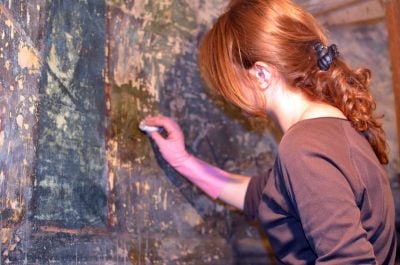 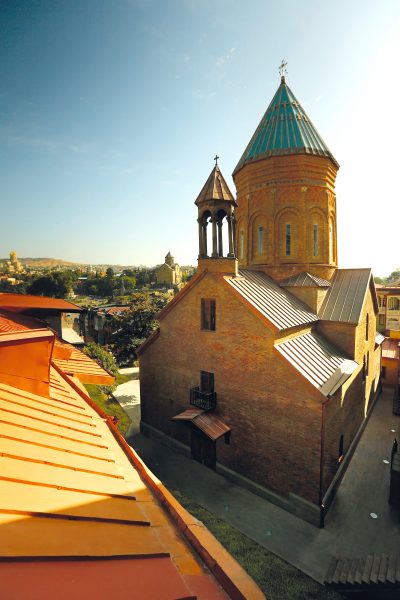 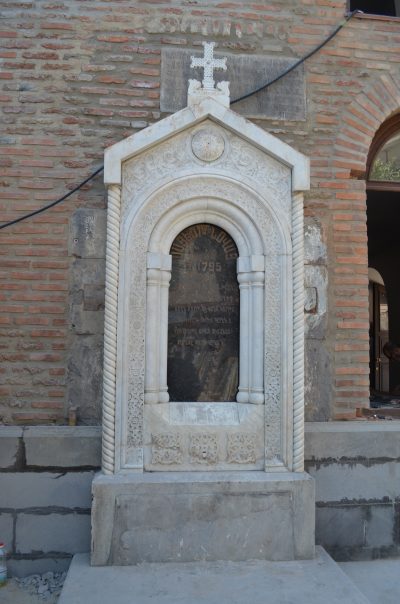 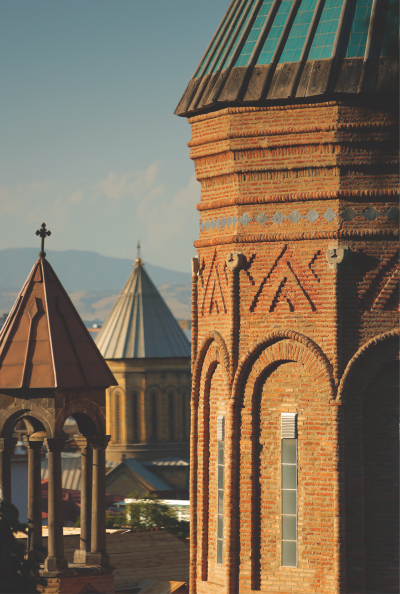 Two films were shot within the restoration project. The first film presents the history of the cathedral, the life and role of the Armenians of Tiflis in the history of Tbilisi as a city, and the importance of the Cathedral’s restoration. Thanks to this film, donors were attracted to restore one of the ancient temples in Tbilisi. A second film gave an idea of the work done over three years and further plans for the restoration project.

Within the scope of the project, the following three books were published: Surb Gevorg Cathedral: history and frescoes (in four languages – Armenian, Georgian, Russian and English); Sayat-Nova: Lyrics; and Shushanik, Queen of Kartli (the last two in three languages – Armenian, Georgian and Russian). The later album became a space for joint creativity for 170 Armenian and 55 Georgian children from eleven schools from Armenia, Artsakh and Georgia.

The restored church has once again united the Armenians of Tbilisi around it, and become not only a spiritual, but also a cultural centre: events are held annually in the courtyard of the temple that are important for the preservation and strengthening of the Armenian identity

ORGANIZATIONAL FRAMEWORK FOR NATIONAL PLATFORM
Back to top