OUR JOURNEY TO TODAY — MUCH LIKE THE FUTURE ARMENIAN’S PARABLE — STARTED WITH TWO MEN.

Twenty years ago, philanthropists and co-instigators, Ruben Vardanyan and Noubar Afeyan, invited us to embark on a mission to ask “what if…?” Intellectuals, stakeholders and policy makers from across the Armenian spectrum were engaged. Lectures, presentations and discussions were hosted with universities, the Diaspora, and Armenia’s own institutions. Over nearly three years, many miles were travelled and long late night conversations were had.

The aim? To engage in an exercise of collective thought with some of the sharpest minds about where Armenia should and could land within the next 20 years. The exercise allowed us to survey the broad and fractured landscape of Armenia both within and beyond its territorial boundaries

Our bid to generate more active participation in the project saw us engage in a process of scenario setting to determine both where Armenia wanted to be and what growth trajectory would be best placed to achieve this based on the past experiences of other nations. The outcome was a profound socio-economic analysis of Armenian’s past, present and potential: a vision for Armenia 2020.

At its inception, Armenia 2020 held two key components at its core: prosperity and identity.

As part of the project, five key sectors were identified as having the potential to increase labor productivity, whilst simultaneously reducing unemployment to enhance Armenian prosperity. These were, namely: banking and insurance, tourism, healthcare, mining and metallurgy industries, and IT and software development.

However, from the outset we understood that targeting economic prosperity alone would not be sufficient. Happiness is the true measure of a nation’s wealth, and the happiest nations are those with a healthy balance of economic prosperity and social capital —above all, societal trust. Our efforts had seen us canvass an Armenia of fractured geographies and fragmented mindsets. We recognised the need to revitalise the nation as a global network. A network that could bring together individuals who were Armenian by heart or choice —Armenians, but also Russians, Americans, Argentinians, Germans and Australians, amongst others, who were ready to think and act across geographical borders.

We saw this decoupling of the Armenian identity from notions of citizenship, we saw as key to fostering the kind of trust needed to weather the conditions of systemic chaos that erode the unity of peoples and their sense of shared humanity. It was also key to drawing on the full and rich spectrum of human capital that Armenia as a nation could have at its disposal.

With a vision of Armenia 2020, came a portfolio of potential projects capable of directing resources in such a way as to drive the levers of prosperity whilst uniting our fragmented nation. In this

way, we aimed to recognise one another in achieving largescale and multipurpose change. Projects were conceived of in different spheres and then linked by a single system of change capable

of maximising socio-economic impact. The approach would be a holistic, and sometimes indirect-seeming, means of achieving development.

Such multi-dimensional and multipurpose programming would help us to make a break from development models that deliver only shallow developmental gains and lack resilience in the face of shocks. Armenians would not simply be passive recipients of limited job openings generated by, for example, the creation of a new factory. Instead, the conditions would be created to generate a multitude of diverse opportunities for Armenians from different spheres to engage in economic life as active participants in a dynamic development process. Whilst targeted in specific sectors and regions, such opportunities should not be geographically restricted per se.

Interaction between sectors, between territories, between stakeholders would be built into the planning.

In trying to advance this vision, we recognised government as the key stakeholder. This saw us establish Armenia’s first public-private partnership (PPP) —a vehicle to drive our portfolio of projects based around Armenia 2020. The organisational challenges encountered during these early years presented us with our first major lesson: the limitations of the public-private partnership render it ill-suited for harnessing the institutional power of the state or the flexibility of private action.

And so, portfolio in hand and vision in mind’s eye, the next phase of our odyssey began…

Hubs of the global network 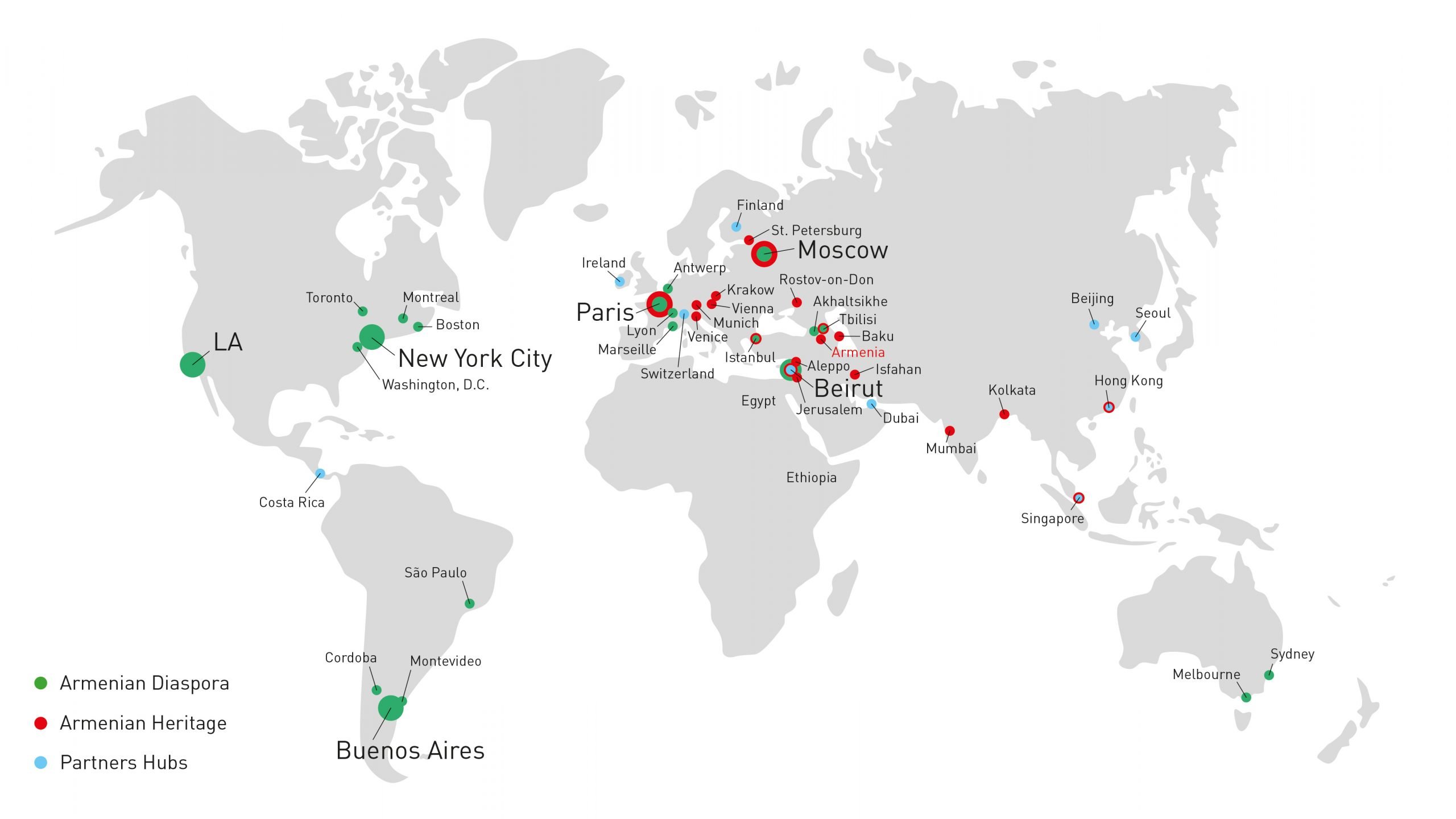 Anchoring
Back to top