2008 to 2015 saw the speed of progress towards Armenia 2020 goals accelerate. Large-scale capital investment was deployed for the construction of necessary infrastructure to physically root several anchor projects throughout Armenia and beyond. These projects —a mix of philanthropic, impact investing and commercial ventures —were focused on territorial development across Armenia and the wider region. They were also focused on job creation through the restoration of cultural heritage, development of the tourism industry and through flagship educational investments.

Our projects were wide-ranging and multi-purpose with a view to achieving sectoral and geographic breakthrough by generating localised synergies and multiplier effects. In other words, each project was designed to form a unique chain reaction of interactions between local, regional, national and international actors and dynamics in a way that could stimulate the emergence of new initiatives. In doing so, we aimed to foster a regenerative form of development capable of catalysing positive evolutions in relations between people and places.

These breakthrough projects were designed to serve not only the interests of Armenia the country and Armenians as a nation. Their place in the spotlight of global relevance could only be guaranteed by ensuring they benefitted the world as a whole. This is important: nationals and ethnic groups from other countries must benefit from these projects too. It is only by going ‘glocal’ —applying global ideas and methods through local actions —that we could start to move Armenia towards developing some kind of hub status. This status is key to cementing Armenia’s full integration into the world as a truly autonomous and prosperous country.

Maximising mutual benefit is therefore a thread that runs through all of our anchor projects in all regions and sectors to date. It is perhaps best illustrated in the education sector. Here, the benefit logic that is often most widely recognised sees Armenian children benefitting first and foremost, followed (where successful) by a scale up of such activities for replication to the benefit of (non-Armenian) others. Less obvious for some, however, was the benefit logic behind our development of the United World Colleges (UWC) Dilijan campus.

On the face of it, UWC Dilijan operated to the benefit of foreign children and academic staff. The school employs around 50 high-level instructors from 17 different countries and accommodates over 200 talented children of mixed ethnicities and nationalities coming from over 80 different countries. However, being part of the UWC network gives Armenians access to a global network of leading educational hubs. This has now given over 160 Armenian students access to education in elite international schools abroad. Moreover, UWC Dilijan sees highly talented youths spend three of the most formative years of their lives in Armenia. Over this time, they get to know its landscapes, customs and people. The College provides language classes, and stimulates cross cultural and inter-personal exchange between students and locals, including through opportunities for mutual learning and joint projects.

Not only is this capable of stimulating a personal investment in Armenia among some of tomorrow’s finest minds abroad, but it is also an opportunity to enhance the skills, capacity and experiences of Armenia’s own finest thinkers. Such exposures can be used to the benefit of their homeland in years to come. Moreover, UWC Dilijan has helped to act as a beacon for fresh ideas around education. This has led to the establishment of other exciting educational initiatives in the city, which has since been listed on UNESCO’s Global Network of Learning Cities as a result. These developments have further helped to inspire an interest and drive for education in the city among local children —a prerequisite for enhancing Armenia’s own human capital.

Over eight years of implementation, anchor projects such as these were established, incubated and proliferated throughout Armenia and beyond. They have created impressive islands of excellence of which we, and all those involved, can be proud of.

However, whilst these projects snowballed in scope and scale, our next major lesson slowly began to emerge at the local level: private initiative is capable of leading to big changes fast. But without societal buy-in, any developmental gains risk remaining as fragile as those of traditional development projects in the event of a crisis. Systemic change, we realised, requires robust community engagement from inception. This takes time. The next few years would go on to highlight that the involvement of both government and civil society in the design and execution of programs is the only means by which system change can truly be realised.

The resources required to achieve broad-based results through largescale project implementation capable of affecting systemic change are varied and many. The State, international institutions, private investors and civil society, all have their respective roles to play and contributions to make. However, by 2008 we were convinced that the harnessing and channelling of these different capacities in the modern age can only truly be achieved through engaging private sector.
2015

Why? Because it is private initiative that can bring the necessary ambition, sustained financing, flexibility and variability of resource mobilisation, high standards, and long-term strategic thinking and commitment needed to push the boundaries of the possible. 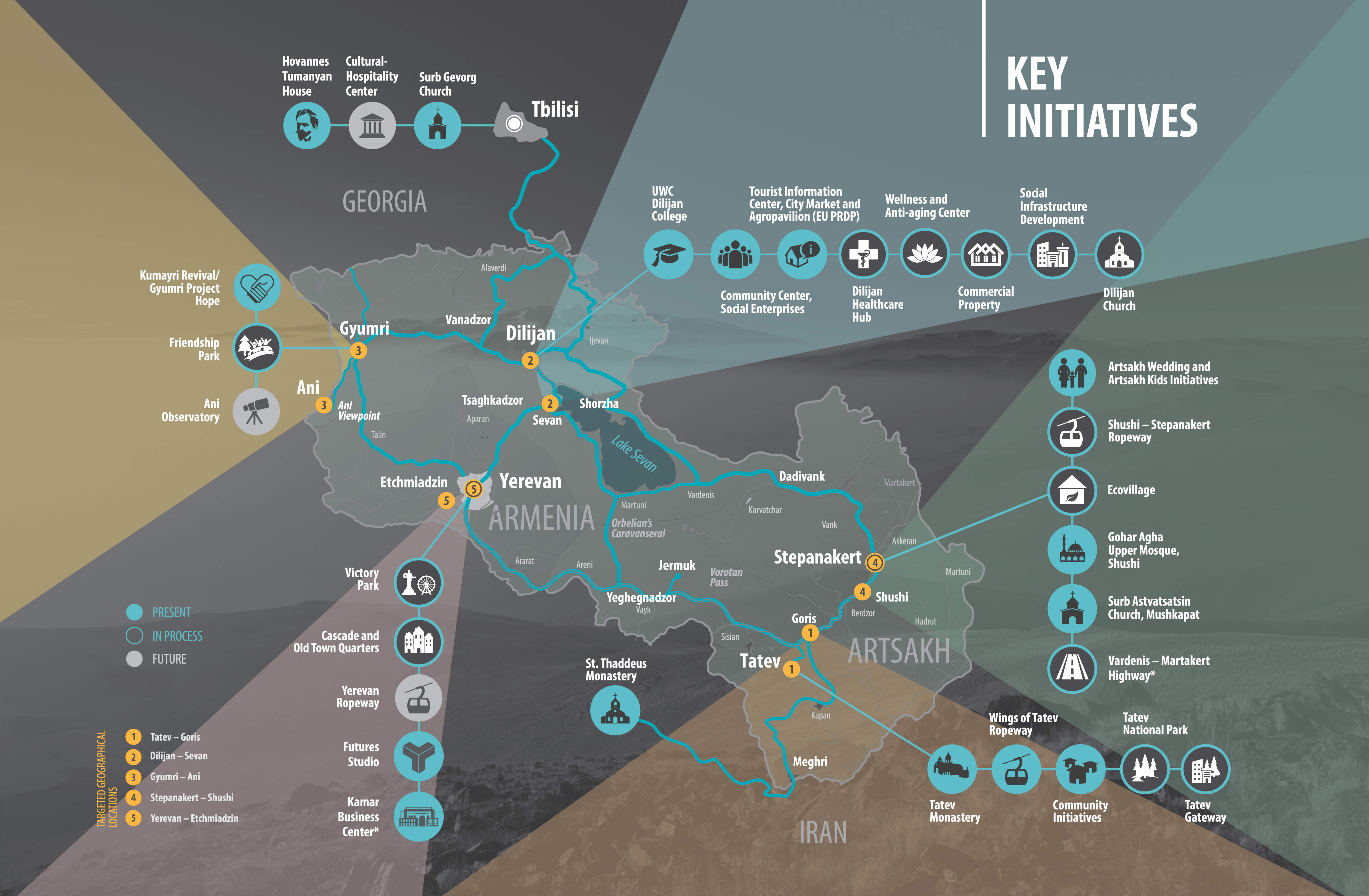 Ecosystem platforms
Back to top